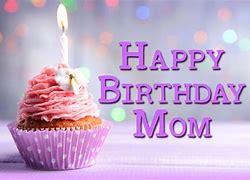 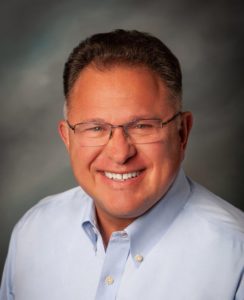 David Gray (NTP) is in today for Taylor

Born at 21 weeks
Caller David does a shout out to his parents anniversary once again beating his brother to the punch.
Freedom in Christ
As evidence and in response
Caller Roger about “The Siege of Firebase Gloria”

Coupon fraud scheme
Gators had a bad weekend
Rebroadcast of interview with Holly Snell tomorrow.
A fresh perspective of Acts 10

Acts 10:1-33 (ESV Strong’s) Peter and Cornelius
?1 At Caesarea there was a man named Cornelius, a centurion of what was known as the Italian Cohort, 2 a devout man who feared God with all his household, gave alms generously to the people, and prayed continually to God. 3 About the ninth hour of the day he saw clearly in a vision an angel of God come in and say to him, “Cornelius.” 4 And he stared at him in terror and said, “What is it, Lord?” And he said to him, “Your prayers and your alms have ascended as a memorial before God. 5 And now send men to Joppa and bring one Simon who is called Peter. 6 He is lodging with one Simon, a tanner, whose house is by the sea.” 7 When the angel who spoke to him had departed, he called two of his servants and a devout soldier from among those who attended him, 8 and having related everything to them, he sent them to Joppa.
Peter’s Vision
9 The next day, as they were on their journey and approaching the city, Peter went up on the housetop about the sixth hour to pray. 10 And he became hungry and wanted something to eat, but while they were preparing it, he fell into a trance 11 and saw the heavens opened and something like a great sheet descending, being let down by its four corners upon the earth. 12 In it were all kinds of animals and reptiles and birds of the air. 13 And there came a voice to him: “Rise, Peter; kill and eat.” 14 But Peter said, “By no means, Lord; for I have never eaten anything that is common or unclean.” 15 And the voice came to him again a second time, “What God has made clean, do not call common.” 16 This happened three times, and the thing was taken up at once to heaven.
17 Now while Peter was inwardly perplexed as to what the vision that he had seen might mean, behold, the men who were sent by Cornelius, having made inquiry for Simon’s house, stood at the gate 18 and called out to ask whether Simon who was called Peter was lodging there. 19 And while Peter was pondering the vision, the Spirit said to him, “Behold, three men are looking for you. 20 Rise and go down and accompany them without hesitation, for I have sent them.” 21 And Peter went down to the men and said, “I am the one you are looking for. What is the reason for your coming?” 22 And they said, “Cornelius, a centurion, an upright and God-fearing man, who is well spoken of by the whole Jewish nation, was directed by a holy angel to send for you to come to his house and to hear what you have to say.” 23 So he invited them in to be his guests.
The next day he rose and went away with them, and some of the brothers from Joppa accompanied him. 24 And on the following day they entered Caesarea. Cornelius was expecting them and had called together his relatives and close friends. 25 When Peter entered, Cornelius met him and fell down at his feet and worshiped him. 26 But Peter lifted him up, saying, “Stand up; I too am a man.” 27 And as he talked with him, he went in and found many persons gathered. 28 And he said to them, “You yourselves know how unlawful it is for a Jew to associate with or to visit anyone of another nation, but God has shown me that I should not call any person common or unclean. 29 So when I was sent for, I came without objection. I ask then why you sent for me.”
30 And Cornelius said, “Four days ago, about this hour, I was praying in my house at the ninth hour, and behold, a man stood before me in bright clothing 31 and said, ‘Cornelius, your prayer has been heard and your alms have been remembered before God. 32 Send therefore to Joppa and ask for Simon who is called Peter. He is lodging in the house of Simon, a tanner, by the sea.’ 33 So I sent for you at once, and you have been kind enough to come. Now therefore we are all here in the presence of God to hear all that you have been commanded by the Lord.”
——————